Dr. Lila Bartkowski-Abbate, PT, DPT, MS, OCS, WCS, PRPC is the Director/Owner of New Dimensions Physical Therapy. Dr. Abbate graduated from Touro College in Dix Hills, NY with a Bachelors of Science (BS) in Health Sciences and a Masters of Arts (MA) in Physical Therapy in 1997.  She completed her Advanced Masters in Manual Orthopedic Physical Therapy (MS) at Touro College, Bayshore, NY in 2003 and continued to pursue her Doctor of Physical Therapy (DPT) in 2005.  Currently, Dr. Abbate is working toward her PhD at Nova Southeastern University in Ft. Lauderdale, Florida and plans to conduct research in Women’s and Men’s Pelvic Pain topic.  Dr. Abbate is also a Physical Therapy Board-Certified Specialist in Orthopedics (OCS) and Women’s Health (WCS) deemed by the American Physical Therapy Association in 2004 and 2011, respectively.  Dr. Abbate has experience as full-time faculty at Touro College, Manhattan Campus from 2003 – 2006 teaching the biomechanical approach to orthopedic dysfunction, therapeutic exercise as well as massage/soft tissues work that highlighted trigger point work, scar management and myofascial release. She is also the instructor of the women’s health elective at Columbia University’s Program in Physical Therapy.  Dr. Abbate is currently faculty with the Herman & Wallace Pelvic Rehabilitation Institute teaching pelvic physical therapy nationally and is certified as a pelvic floor practitioner (PRPC).  She is member of the American Physical Therapy Association, American Urogynecology Association, International Pelvic Pain Society and the National Vulvodynia Association. 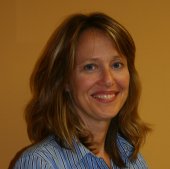 Laurie Bosworth, PT has been practicing physical therapy for 23 years after graduating from the State University of New York at Buffalo in 1990.  She started working at NYU Medical Center where she supervised the clinical instructor program and worked as an adjunct professor for their PTA program. In 1999, she joined the H&D Physical Therapy team where she started as the Director of Program Development and moved on to help build the Men and Women’s Health and Pelvic Pain Program. She is dedicated to continuing her education as she has completed several continuing education courses with The Institute of Physical Art, The McKenzie Institute International Education Program, and the Herman & Wallace Pelvic Rehabilitation Institute.  She has received certification in Prenatal exercise program with Elizabeth Noble, PT.  Laurie is a member of the International Pelvic Pain Society and is a Lab Instructor for the Herman & Wallace Pelvic Rehabilitation Institute. 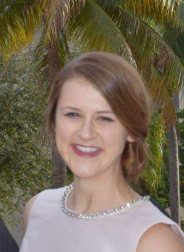 Justine Payne, PT, DPT, RYT earned her Doctorate in Physical Therapy at Columbia University, where she completed the Advanced Neurological Rehabilitation track and was given the Alma S. Merians Award for Research for her contributions to research on Muscular Dystrophy.  Before her time at Columbia, Justine earned her BA in Biological Basis of Behavior from the University of Pennsylvania, where she was a captain of their Division I softball team.  Justine also earned her specialist certification to treat patients with Parkinson’s Disease using LSVT BIG Therapy and is particularly interested in working with patients with neurological and/or oncological diagnoses with pelvic dysfunction.  She believes in a holistic approach to patient care and is passionate about incorporating traditional evidence-based interventions in conjunction with aspects of mind-body medicine into her treatments, with an emphasis on manual therapy techniques and retraining of the neuromuscular system.  Justine has taken and continues to take continuing education courses through the Institute of Physical Art, Herman and Wallace Pelvic Rehabilitation Institute, and the American Physical Therapy Association’s Section on Women’s Health.  She is also fluent in the Spanish language, with clinical experiences treating patients almost exclusively in Spanish in Argentina and Miami.  She is a member of the American Physical Therapy Association’s Sections on Women’s Health, Neurological Rehabilitation, Pediatrics and Orthopedics, and will complete her Yoga Alliance Certified Teacher Training at Yoga Vida in Manhattan in April 2016. She is a regular contributor to the New Dimensions blog.

Andrea Wood, PT, DPT earned her Doctorate in Physical Therapy at Columbia University. She is the newest member of the New Dimensions team and transferred from the Boston area where she worked at Marathon Physical Therapy and Sports Medicine specializing in Women’s Health and Orthopedics and directed monthly professional journal reviews of best current practices.  She has a passion for treating women through pregnancy and post- partum, women with pelvic pain, runners including gait analysis on the treadmill, and helping people of all ages and levels achieve their highest function possible including their pelvic floor muscles and stay injury free. She approaches physical therapy as a solution to empower her patients to help take control of their own healing and emphasizes a team relationship.  Before her time at Columbia and in Boston, Andrea earned her BS in Exercise Physiology from the University of Miami in Coral Gables, FL, where she was a part of the cross country team for four years. Andrea has received her training through Herman and Wallace Pelvic Rehabilitation Institute and continues to seek continuing education to help improve her patients’ outcomes. She is a member of the American Physical Therapy Association’s Sections on Women’s Health and has a passion for writing for the New Dimensions blog and empowering people with knowledge about preventative healthcare. In her spare time, she is an assistant middle school track coach at Marymount in Manhattan.

Angela is the Office Manager at New Dimensions Physical Therapy.  She conducts the Medicare billing and organizes the critical workings at the office.

This is Angela’s story:  “I truly understand what it is like to be in pain and feel that there is no hope.  I used to be a patient of Dr. Abbate’s.  I am a firm believer in physical therapy because it has given me my life back and I am able to live pain free.  I belong to the National Vulvodynia Association and attend meetings in order to help others and give advice, if needed.  I believe that things happen for a reason and it is part of my calling to help those who suffer in pain, and sometimes in silence.”

Bernadette is one of the job-share Administrative Assistants at New Dimensions Physical Therapy.  She conducts the private billing for private pay patients work on obtaining in-for-out-of-network exceptions from insurance companies.  She took off several years to raise her family, but previously she was an Administrative Assistant with Morgan Stanley.